How Often Should You Drain Your Water Heater

What Causes Too Much Pressure in a Hot Water Heater

Water Heater Leaking from Bottom (What to Do)

Water Heater Leaking from Top: How to Fix It

Preventing Frozen Pipes & What to Do When Pipes Freeze

Frozen pipes happen. Sometimes, even when you take steps to prevent them from freezing. Extreme cold can play havoc on your plumbing and the smallest weakness can lead to a huge, and often times expensive, mess. When water freezes it expands and pressure builds within the water line, and when it begins to thaw, your frozen pipe may burst and pour gallons of water into your home.

This article will help you prepare your pipes for cold weather and show you what to do if you already have a burst pipe (click here to jump to that section since you'll want to turn off the incoming water asap). In most cases, you'll need to call a plumber, but there are some steps that you can take to minimize the damage. Dealing with frozen pipes is never fun, but knowing how to prevent a problem from worsening can save you thousands of dollars.

If there's one thing we've learned recently, it's that we need to be prepared for everything. Who would have thought that the State of Texas would have experienced a life-threatening freeze? But it did.

Whether you're facing severe unexpected weather conditions or your best winterizing didn't quite get the job done. Frozen pipes happen.

Your next steps will determine how severe (and costly) the damage will be.

Most people think that pipes burst because the water expanded as it froze. And although this is true, it is only partially true.

As the frozen water expands through the pipe, pressure begins to build between the "freeze" and the faucet. Without being able to release the pressure from the closed faucet, the pressure continues to increase between these two points, and with no where to go, the pipe simply bursts.

This is also why leaving a faucet to drip or run a trickle of water will help prevent pipes from freezing and bursting.

Less common pipe ruptures occur behind the freeze point. This is because the water has further room to expand within the pipe, and if necessary, can even go back to the water main.

Have you ever heard the saying an ounce of protection is worth a pound of cure?

The saying came from Benjamin Franklin when in 1736 he advised Philadelphians to be proactive in preventing fires. But the advise is every bit as valuable when it comes to preventing pipes from freezing.

There are some preventative steps you can take to prevent your pipes from freezing, but it's important to note that the location of some pipes make them more prone to freezing than others.

How to Prevent Freezing Pipes

The truth is, you may not be able to fully prevent pipes from freezing, but you can offer protection to give them a fighting chance. Here are a few things you can do: 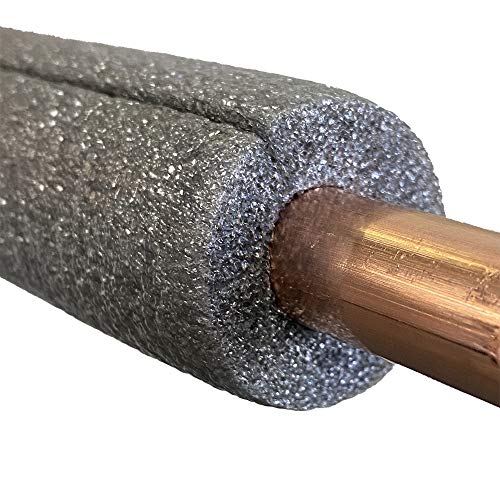 Pipe sleeves is a quick and effective way to protect exposed pipes from freezing temperatures.

How to Tell if You Have Frozen Pipes

Your first clue that your pipes have froze will likely be a lack of water. When you open a faucet, flush a toilet, or try to take a shower, you'll notice that there isn't any water!

However, there are other signs too. You may notice a decrease in your water supply, a gurgling sound, or condensation on the pipe. You may even notice the pipe has a bulge or a crack.

Since most plumbing is out of sight, you probably won't be able to find the exact location. Although, you can check areas where pipes are exposed, such as under cabinets or pipes running along an interior wall/ceiling of a garage or basement.

But unless you're lucky and are able to spot the frozen pipe, it'll be a waiting game.

The area where the pipe froze may not be damaged, but if it is, you most likely won't know until it thaws.

Protect Your Other Pipes

If one pipe froze, there's a good chance that others will as well. Taking quick action can help fortify your plumbing system from other pipes freezing.

How to Prevent Other Pipes from Freezing:

What to Do Wen Your Pipes Freeze

If your pipes have froze, the good news is they will eventually thaw and there's a chance there won't be any damage to the pipe. However, that's a gamble that most homeowners shouldn't take.

A burst pipe can pour gallons of water into your home in a very short amount of time. Even a little water can cause major damage to floors, walls, ceilings and furniture, and we're not even talking about the potential for mold and mildew.

You'll want to be in control of this potential crisis and be proactive. We recommend hiring a professional plumber to help you troubleshoot and resolve the situation. But at bare minimum you should turn off your water. This will at least buy you some time to decide on your next move.

How to Turn Off the Water

In the middle of a cold weather snap you may put off shutting down your household water to keep other faucets dripping in order to prevent them from freezing too.  But once things start to thaw, taking action sooner versus later can prevent major water damage to your home.

Although, the burst pipe will need to be dealt with, you can prevent a flood of water from pouring into your home. In order to do this, you need to turn your water main off.

Locate the main water shut off valve to your home and turn it off. If you don't have a water meter key, you may want to purchase one for future emergencies. This video will show you how:

How to Thaw Frozen Pipes

When it comes to thawing frozen pipes, you can help the thawing process along. But be careful, a frozen pipe may turn into a major leak once the block of ice has thawed.

You may want to shut off your water before beginning, or at least become familiar with how to shut it off before you start the thawing process. It may be necessary to shut it down quickly. The time to learn is NOT when gallons of water is spraying into your house.

For frozen pipes that are within your walls, you can use a space heater or turn your furnace thermostat up. This will help warm the pipes so they can slowly thaw.

Slow is always better than fast when it comes to thawing frozen pipes.

If the pipe is exposed and accessible, you can use a hair dryer and a piece of metal, such as a cookie sheet. Place the metal behind the pipe so that as you blow hot air onto the frozen pipe the heat will reflect back towards the pipe. NEVER use a blow torch.

If the pipe is only partially frozen, turn the faucet on so that there is water flowing at a trickle. The water flow should help the pipe warm up. 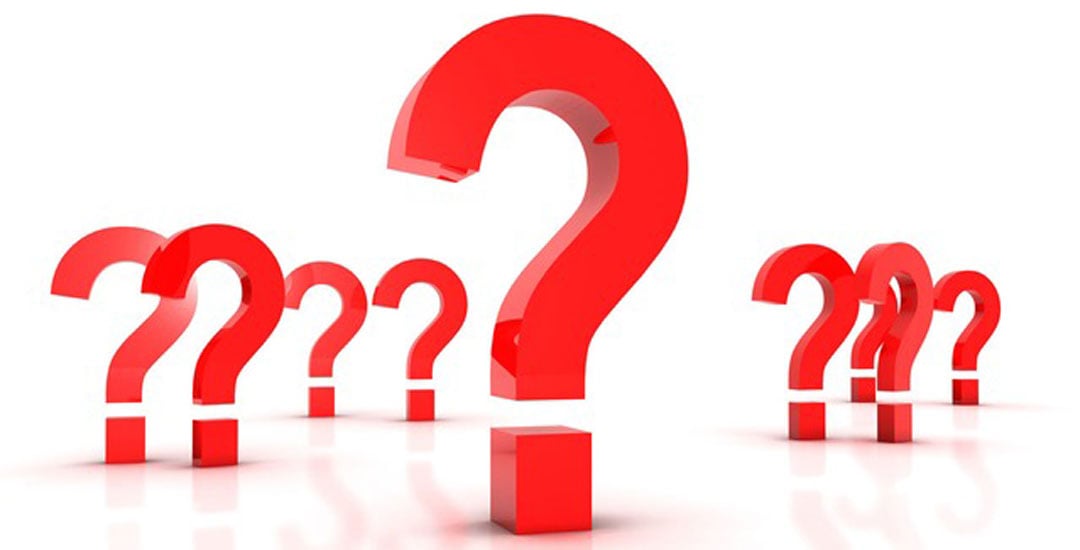 Nobody likes dealing with freezing pipes, but unfortunately, sometimes even the best prevention can not stop mother nature from taking control.

One of the frustrating things about frozen plumbing is that it often happens in the middle of a winter storm. Frequently when your neighbors are also having issues and professional plumbers may be overwhelmed with calls, or find it difficult to travel.

Do I Need to Worry About a Tankless Water Heater Freezing?

Yes. Tankless water heaters, especially outdoor models or ones that are installed in garages or basements, are prone to freezing. Many have built-in freeze protection, but it's always a best practice to take active steps to prevent freezing. This article can provide you with the information you need to know to protect your tankless water heater during cold weather.

Do All Frozen Pipes Burst?

No. It is possible that your pipes will freeze and be perfectly okay. In fact, the most dangerous time for a frozen pipe to burst is when it starts to thaw. This is because as it begins to thaw pressure from the water rushes through the pipe, and the increased pressure can cause it to burst.

How Long Does it Take Pipes to Unfreeze?

If you're using a heat lamp, hair dryer, or a space heater, you should be able to thaw a frozen pipe in 30 to 45-minutes. Although it really depends on how much of the pipe has frozen. We highly recommend hiring a professional plumber to assess and resolve the situation.

Yes and no. How's that for an answer?

Actually here's the deal. Most insurance company's won't pay for the repair itself. Which means, you'll need to hire and pay the plumber. But they will pay for the water damage caused by the burst pipe. So if you have damage to your floors, walls, ceilings or even furniture, you can anticipate that your homeowners policy will help cover the cost.

Yes, as counterintuitive as it may seem, hot water pipes actually do freeze faster than cold water pipes. The phenomena is called the Mpemba effect and it basically means that water will freeze quicker from a heated state than when it's room temperature.

Scientists are still trying to come up with theories as to why this happens, but it was first noted by Aristotle in 300 BC. It's an interesting concept and worth reading about if you enjoy the topic. However, the biggest take away when it comes to frozen pipes, is not to ignore your hot water pipes, they are just as prone (if not more) to freezing than your cold water pipes!

How Often Should You Drain Your Water Heater

What Causes Too Much Pressure in a Hot Water Heater

Water Heater Leaking from Bottom (What to Do)

Water Heater Leaking from Top: How to Fix It