Plumbing Pipe Fitting Types and Their Uses (with Pictures)

When a water tap is opened water begins to flow through your home's plumbing system. It travels through pipes that are connected to one another with the use of a pipe fitting. Pipe fittings are also known as pipe connectors and they perform a variety of different roles in your plumbing system.

Pipe fittings are used to connect pipes together to lengthen the run, they can divert or reduce the water flow, or they can even change the flow direction within the plumbing system. They come in a variety of materials and sizes, and when working on a plumbing project, it's important to know exactly what you need. This article will help you gain the knowledge to find the right plumbing pipe fitting for your project.

When you're starting a plumbing repair project, the first thing you need to know is what type of pipes your home uses. As a general rule, you'll need to match the pipe fitting with the pipe's material.

The most common pipes used in home plumbing systems for hot and cold water distribution is CPVC and copper. 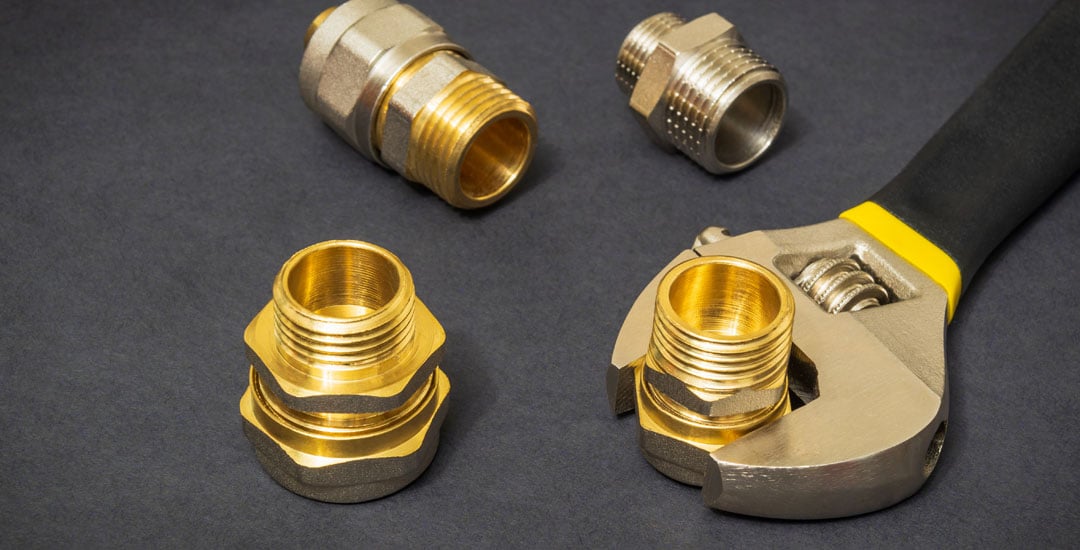 Adapter pipe fittings are used to connect two different pipes together and are most commonly used with PVC, brass, stainless steel, and copper pipes. 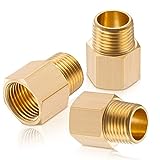 Bushing fittings are often called reducer bushings because they reduce the flow rate much like a traditional reducer does. However, they take up less space than a reducer. 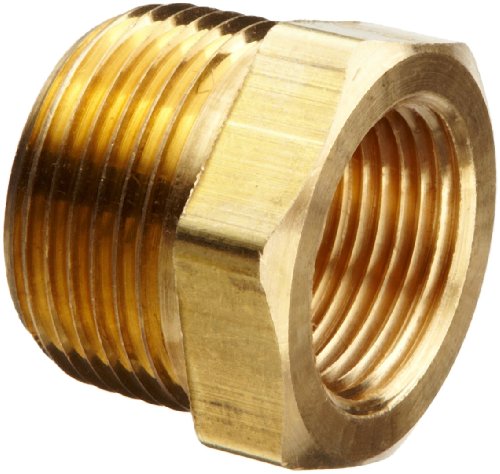 Cap pipe fittings are similar to plug pipe fittings in that they seal a pipe's opening. A cap fitting fits over the end of a pipe and can be used to close the end of a dead-end pipe, or to stop the water flow for repairs or maintenance.

The difference between cap and plug fittings is how they're threaded. A cap fitting has a female thread and it fits over the pipe. Where a plug fitting is threaded so that it fits into the pipe. 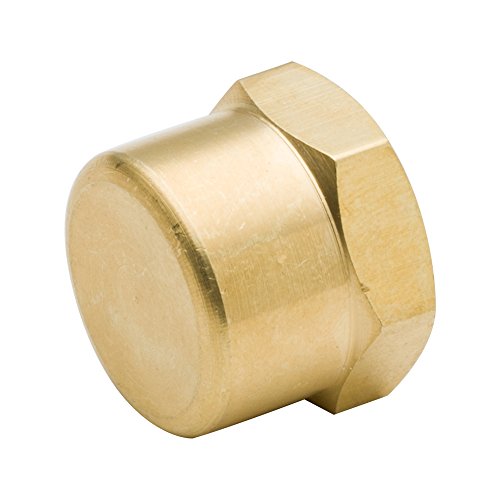 Cap Pipe Fittings are used to stop the flow of water through a pipe.

Coupling pipe fittings are used to permanently connect two straight pipes of the same diameter by slipping over the outside.

There are also half couplings, which are used to branch from a pipe, and reducing couplings which connects two pipes of different diameters together in order to reduce the flow. 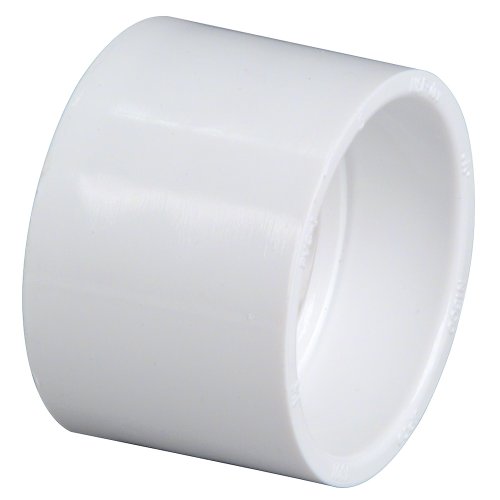 A cross fitting looks like a cross because it has openings for four pipes, one on each end. It can be configured with one inlet and three outlets, or one outlet and three inlets.

These fittings are less common, but can be seen in sprinkler or irrigation set-ups. 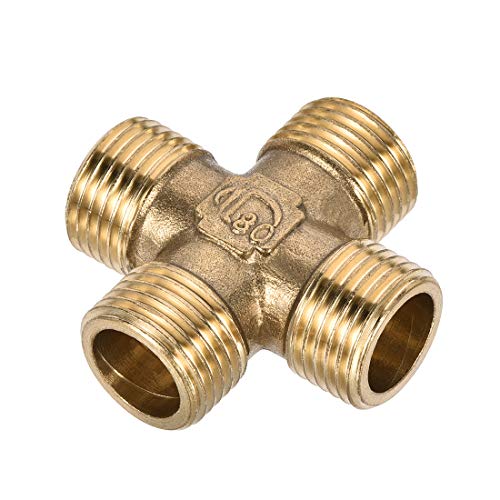 Cross Pipe Fittings have an opening on each end and allow you to attach 4 pipes.

An elbow pipe fitting changes the direction or angle of the pipe run. Elbow fittings come in a variety of different bends. The most common are 45° and 90°, however, you can also find 60° and 22-1/2° bends.

Whether you're trying to run your pipe around an obstruction or simply change the direction of the water flow, such as around a corner, an elbow fitting is the most common choice.

There are also reducing elbow pipe fittings which have different diameters at each end. These fittings are used to reduce the quantity of water flowing. A larger pipe is attached on one end and a smaller on the other as the water passes through, the flow is reduced. 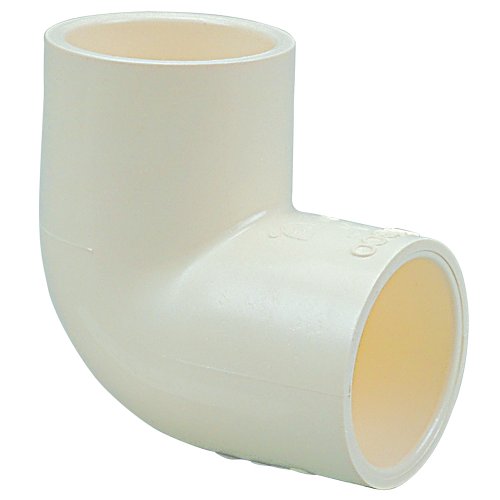 Elbow Pipe Fittings allow you to change the direction of a pipe run.

Nipple pipe fittings are a short piece of pipe which is threaded on both ends. Although, not always, they typically have male threads which allows for the connection of two female-threaded pipes or fittings.

Nipples can be used to connect pipes, hoses, valves or other fittings.

Nipple Pipe Fittings are a short-piece of pipe with threading on each end.

The majority of plugs and caps are threaded. A plug seals a pipe opening by fitting into the threaded pipe, where a cap performs its role by fitting over the pipe opening. 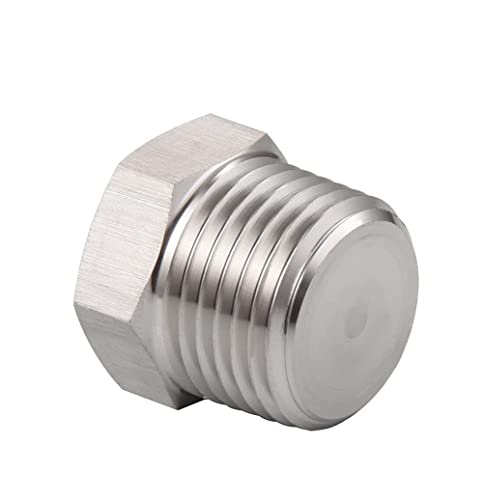 Tee pipe fittings are similar to wye fittings in that they allow you to connect three pieces of pipe together to form a branch line.

A tee fitting has two 90° angled outlets and one connection line which form a "T" shape. This fitting allows you to connect pipes at a 90° angle and can be used to either split a supply line or plumb two lines into one outlet.

A common use for tee pipe fittings is on potable water supply lines. You'll be able to find tee's in a variety of sizes. 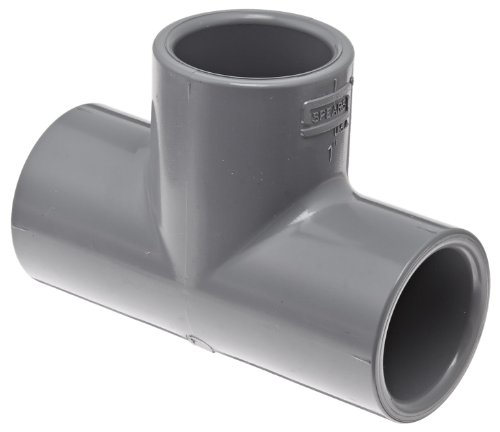 Tee Pipe Fittings allow you to join three pieces of pipe together at a 90° angle.

Trap pipe fittings have a horizontal bend which is shaped like the letter "U". They are found under your bathroom and kitchen sinks.

The unique "U" shape design of a trap fitting allows them to perform two important purposes. Since water becomes "trapped" in the arc of the pipe, a barrier is created which prevents sewer gases from traveling through the plumbing and into the home.

The second role of a trap fitting is to prevent clogs deeper in your plumbing. As the waste water travels down the drain, the debris becomes "trapped" in the pipe's arc. It's much easier to remove a trap pipe fitting to clear a clog, than to call a plumber to clear your drainage system. 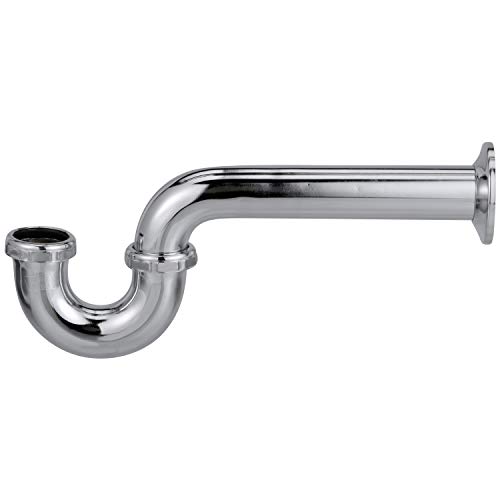 Union pipe fittings join two similar pipes with the use of a threaded ring or nut located in the middle of the fitting. Since union fittings are easy to install and remove, they're often used in areas where a traditional coupling or flange isn't practical.

Since by loosening the ring will you'll be able to easily remove the pipes from a union fitting, this fitting is extremely convenient should you need to remove an appliance or piece of equipment for maintenance or replacement. 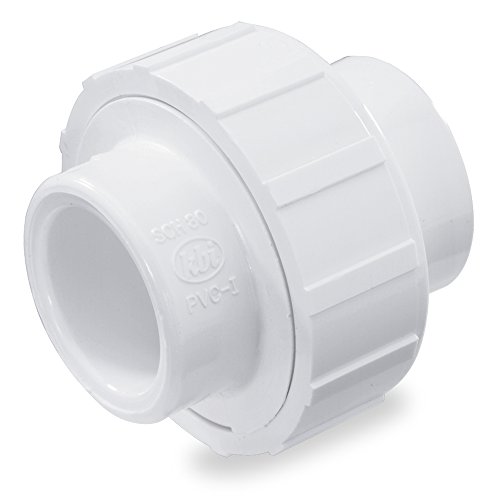 Union Pipe Fittings allow for easy installation and removal of the pipes.

Wye pipe fittings are shaped like the letter "Y". They're used to connect three pieces of pipe together to create a branch line. The wye pipe fitting has two inlets that come together at about a 45° angle and form a single outlet.

Although similar to tee pipe fittings, a wye fitting is preferred in many applications because of the angled branch line which reduces the friction and turbulence that can restrict the flow of water.

Wye fittings are primarily used in drain-waste-vent (DWV) systems because they allow the waste water into the drain pipe from the side without hindering the venting of sewer gases. 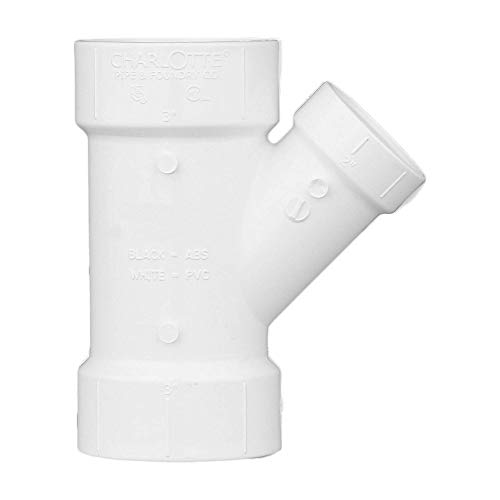 Wye Pipe Fittings allow you to connect three pieces of pipe together. This Wye fitting is often called a lateral tee fitting because only one of the branches is at a 45° angle.

Get Quotes from Qualified Local Contractors