How to Replace Your Water Heater Gas Valve

If your water is getting too hot, the pilot light isn't functioning, or the heat limiter trips, there's a good chance that your water heater gas valve isn't working properly. These are all tell-tale signs that there might be a problem and it's time to replace the gas valve.

This article will not only give you step-by-step directions on how to replace the gas valve yourself, but also help you troubleshoot to determine if it is the issue. Whether you choose to do the job yourself or call a professional plumber, you'll be armed with the information you need to know to get your water heater back to performing as it should.

How a Gas Control Valve Works

A water heater gas valve is also referred to as a gas thermostat, gas control valve, or control valve. It's located on the outside of the heater near them bottom, and it's easy to identify since it connects to the gas line.

The gas control valve is an essential part as it manages the flow of gas to the water heater. It has three primary functions: Controlling pilot light, managing the water temperature, and it's also a high temperature safety device. Let's take a closer look at each:

If you suspect that there's a problem with the gas control valve, you'll want to do some troubleshooting. It's always possible that the problem isn't actually the control valve, but rather one of the components, such as the high limit probe, thermostat, pilot light, or even the gas burner. The issue could also be something simple like a clogged sensor or tube.

In fact, it's more likely that the thermocouple is defective, rather than the gas control valve. If this is the case, the thermocouple can be replaced relatively easily and for far less money. 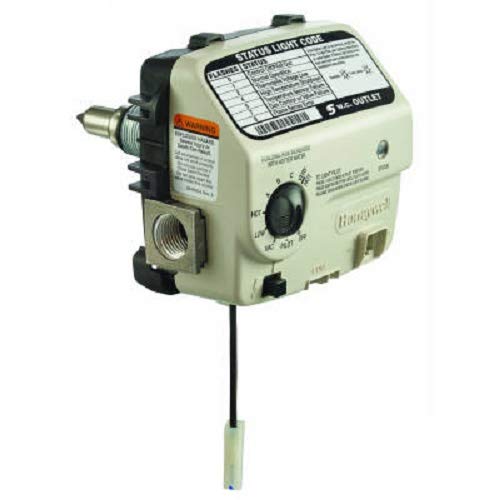 Honeywell's Wt9940 Series Gas Control Valve is an excellent valve. Check your water heater's specifications to make sure it will work on your system.

If your pilot light frequently goes out or won't stay lit check the following:

Working with natural gas is very dangerous, if you feel the least bit insecure with your skills, we recommend calling a professional plumber to help you troubleshoot and resolve the problem. 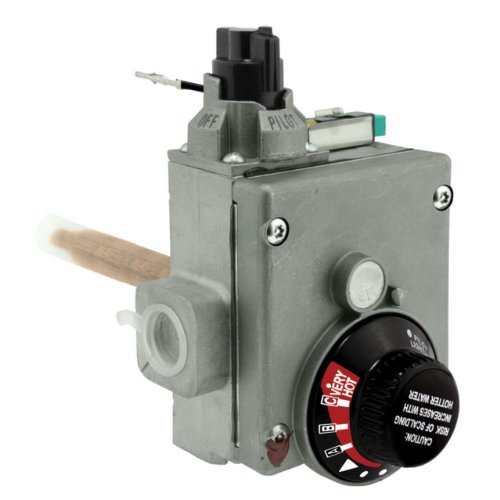 The Rheem AP14270G Gas Control Valve is manufactured by one of the leaders in the industry. Check your water heater's documentation to make sure this valve works for your system.

When this happens, you'll need to replace the gas control valve. By replacing the control valve you'll have peace-of-mind that the issue was resolved. 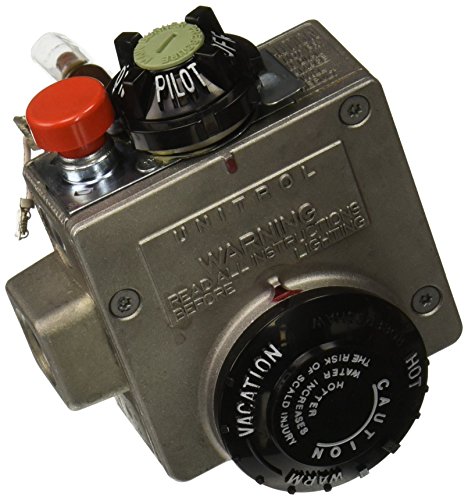 The Premier Plus Water Heater Control Valve is a OEM Replacement for Premier plus BFG models. It fits water heaters with up to 50 gallon tanks. Always check your heater's documentation to verify that it will work on your system.

Troubleshooting a Clogged Tube or Orifice

If your water heater isn't heating water, the burner isn't firing up, and the pilot light is on, it's possible you have a clogged tube or orifice. Here are some steps to troubleshoot this problem:

There are a few other issues that can cause your gas control valve to malfunction. It's important to note, that you can not repair a gas control valve. If there is a problem, you must replace it.

How to Replace a Gas Control Valve

Replacing a gas control valve is a relatively simple task that can be done by the homeowner. If you do not feel comfortable, you should call a qualified plumber to do the repairs.

Safety should always be your number one priority. You should not smell gas. If you do, there may be a more serious problem. Turn the gas off to the water heater and the gas company.

Keep in mind, that there are several different types of control valves on the market, so yours may be slightly different. It's always best to follow the instructions that come with the control valve to ensure you are setting it up properly.

Step One - Turn Off the Gas

Step Two - Turn Off the Water

Now that you've turned off the gas and incoming water to the water heater it's time to drain your tank. Here's how:

The faucet temperature should be between 120° F. and 130° F. which is not only the most cost-effective, but also the safest setting. When your hot water is below 120° F. you run the risk of Legionnaire's disease, and above 130° F. you risk scalding injuries.